Vikram Lander: In a statement, NASA said the “debris first located by Shanmuga Subramanian about 750 meters northwest of the main crash site and was a single bright pixel identification in that first mosaic.”

Shanmuga Subramanian contacted the LRO project with a positive identification of debris. After receiving this tip, the LROC team confirmed the identification by comparing before and after images. When the images for the first mosaic were acquired the impact point was poorly illuminated and thus not easily identifiable. Two subsequent image sequences were acquired on Oct. 14 and 15, and Nov. 11. The LROC team scoured the surrounding area in these new mosaics and found the impact site and associated debris field,” the statement added. 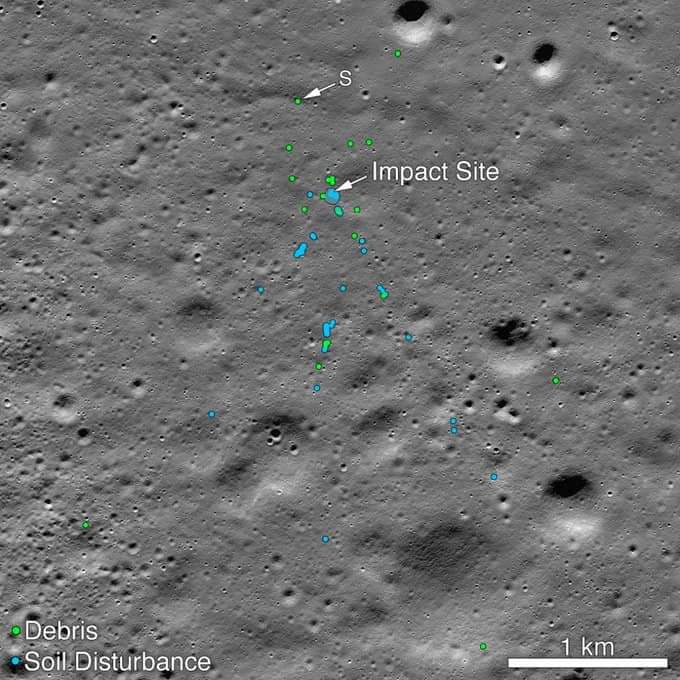 Indian Textile and Apparels industry by admin started at 11 August,2022

excellent discussions with Amb Harish Parvathaneni on strengthening ties in education and vocational training by admin started at 11 August,2022

FM Smt. Sitharaman congratulated Switzerland for being elected as a non-permanent member of United Nations Security Council for 2023-24 by admin started at 11 August,2022

FM Smt. Sitharaman congratulated Switzerland for being elected as a non-permanent member of United Nations Security Council for 2023-24

Chess is yet another strength of Indian sportsperson. 16-yrs old GM Gukesh and India at the Chess Olympiad

The nation congratulates Sindhu for making India proud once again

No Thoughts on Finally vikram Lander is identified