March 2020 brings some changes for people living in Germany as a result of new or amended laws and regulations. Some of these changes include mandatory measles vaccination for children, introduction of repeat doctor’s prescriptions, the prohibition of speed camera warning app on your smartphone and easier immigration for skilled workers from non-EU countries, among others. Here is an overview of the important changes from 1 March 2020, by Sola Jolaoso

The Measles Protection Act (Masernschutzgesetz) comes into force on 1 March. The law, which was passed on 14 November 2019, is intended to provide school, kindergarten and day care children with better protection against measles.

From the beginning of March, parents who want to have their child or ward admitted to a day care centre, kindergarten, school or other communal facilities must provide proof of measles vaccination.

People born after 1970 who work in communal or medical settings, such as nursery teachers, schoolteachers, day care workers and medical staff, must also be vaccinated against measles.

For children already attending a facility, proof of measles vaccination must be provided latest by 31 July 2021.

Parents face a fine of up to € 2,500 for violations. This fine can also be imposed, for example, on day care centres that admit children or tolerate personnel who have not been vaccinated.

Mandatory measles vaccination also applies to nursing staff, hospital and doctor’s office staff, as well as to all residents of asylum-seeker and refugee accommodations and those employed there. Asylum-seekers and refugees must have appropriate vaccination protection latest four weeks after being admitted to a communal accommodation.

Measles is a viral disease that is transmitted by droplet infection. It is a childhood disease, but can also occur in adolescents and adults, often with more severe courses. The disease is highly contagious and can cause pneumonia or brain inflammation and other complications and, in the worst case, can be fatal. The new vaccination requirement is intended to achieve a vaccination rate of at least 95 percent of the population. This is necessary to completely eliminate measles.

With a repeat prescription, a prescribed medication can be obtained from the pharmacy up to three more times after the first visit. The prescription is valid for three months but can be extended by the doctor via a corresponding note.

Chronically ill are people who, on the one hand, have to see a doctor at least once every quarter because of their illness. Second, one of the following criteria must be met:

Health insurance to pay for evidence of sexual violence

The costs of securing evidence of abuse and sexual violence are now covered by health insurance.

The aim of the new regulation is to improve the early preservation of evidence in the event of suspected rape or sexual abuse. For example, people who have been victims of rape can confidentially go to a doctor, hospital or other specialised facility to be examined before they contact the police. Doctors and hospitals can bill the health insurance companies for these services without the person examined being identified by the health insurance company. 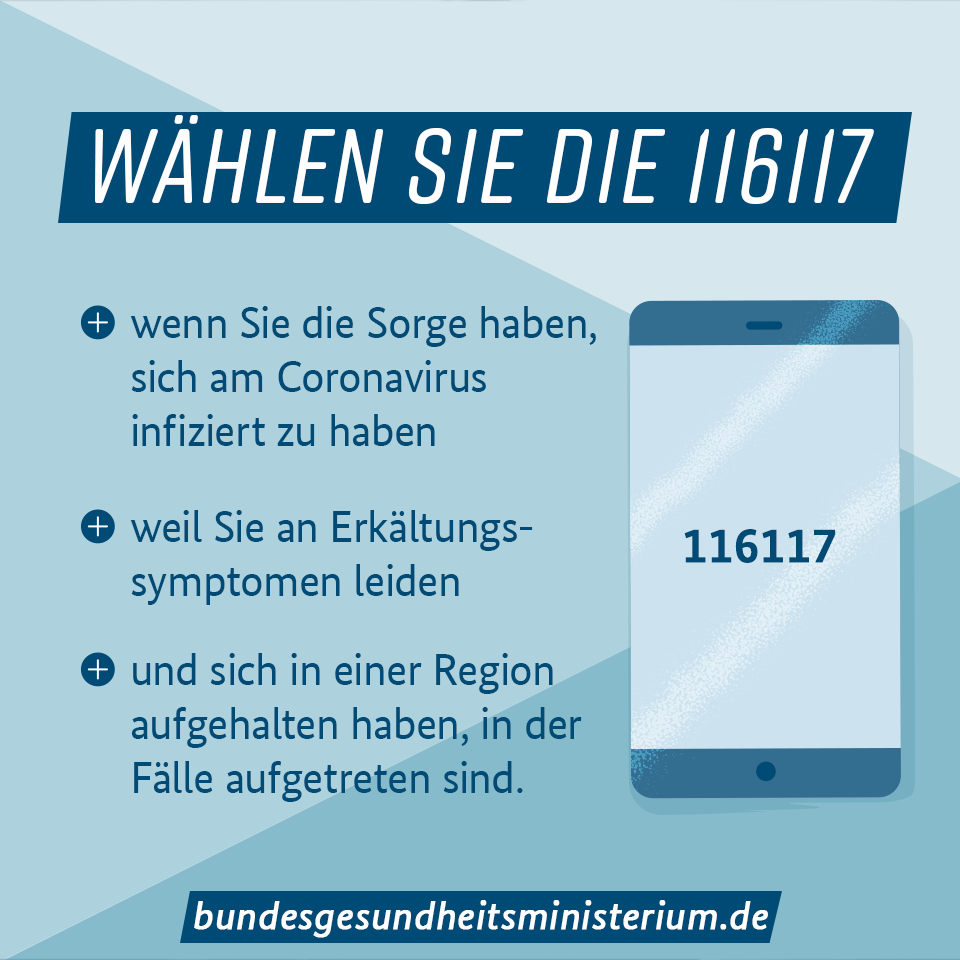 If you are concerned that you have contracted the coronavirus, contact your family doctor or call 116117 – the number of the emergency medical service. Further information at: www.bundesgesundheitsministerium.de/coronavirus

The Skilled Labour Immigration Act (Fachkräfteeinwanderungsgesetz) comes into force on 1 March. It is intended to make it easier for skilled workers from non-EU countries to access the German labour market in order to mitigate the shortage of skilled workers in the country.

At the same time, companies no longer have to carry out a priority check (Vorrangprüfung) when hiring a foreign worker from non-EU countries. Previously, this test had to be made to determine whether an applicant from Germany or the EU was available before a specialist from a non-EU country could be hired.

There are also no longer restrictions of hiring non-EU professionals to so-called shortage professions, that is, labour market sectors suffering from shortages.

Entry visas to Germany for professionals from a non-EU country becomes easier if they can demonstrate German language skills and fulfil other conditions.

Moreover, a non-EU job applicant who can speak German and is sufficiently qualified can receive a visa for up to six months to search for a job in the country.

The federal government estimates that the new law will bring an additional 25,000 specialists to Germany each year.

In addition, elections will hold for the mayors in 24 independent cities such as Munich and Nuremberg, and the district administrator (Landräte) in 64 districts.

In contrast to state or federal elections, EU citizens are also entitled to vote at local elections.

In the event of relocation from one town to the other for the purposes of taking up an employment or changing workplace, taxpayers can deduct a higher flat rate as income-related expenses (Werbungskosten) in their income tax returns or are entitled to be reimbursed for the incurred expenses by their employer from the beginning of March.

While transport and travel costs, double rental payments and agency fees can be deducted directed in tax returns, all other relocation expenses can be claimed within the flat rates.

Speed camera warning apps (Blitzer-Warn-App) on smartphones or navigation devices can no longer be used while driving. The prohibition of these apps is now expressly laid down in the road traffic regulations (Straßenverkehrsordnung).

Running into a speed trap is a common reason to end up getting a speeding ticket. One of the best ways to avoid them is by using a radar speed trap alert app on your phone. That is now forbidden in Germany.

Loophole of the new regulation: Police officers are not allowed to simply search the smartphone – nor is it forbidden to use such warning apps as a passenger in the vehicle.

Ms. Radhika Menon organized by India in Switzerland & Liechtenstein in association with Teamwork Arts at National Bern by admin started at 27 September,2022

Self declaration for International travellers to India Airsuvidha recent updation

This World Tourism Day we welcome you to visit Incredible India

CGI Frankfurt will hold an “Open House” every fortnight starting from September 22, 2022 to address public grievances